The company says it’s “reinventing” the car, not doing away with it.

Ford has decided to ditch nearly all of its cars in place of SUVs almost exclusively – only the Mustang and Focus Active will remain. The current Focus will go the way of the dodo later in the month, and the Fiesta and Taurus will follow shortly thereafter. But if you ask CEO Jim Hackett, Ford hasn’t killed off its cars at all. Instead, the blue oval is rethinking the idea of the car entirely.

In an interview with Automotive News, Hackett said that “we’re simply reinventing the American car,” not doing away with it. “This doesn’t mean we intend to lose those customers, we want to give them what they’re telling us they really want.” The company promises to still offer affordable cars (i.e. SUVs), hitting nearly “all the price points.”

“We don’t want anyone to think we’re leaving anything,” Hackett said in the interview. “We’re just moving to a modern version. This is an exciting new generation of vehicles coming from Ford.” 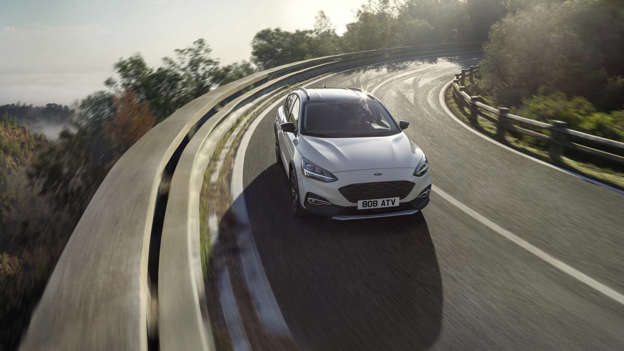 © Motor1.com 2020 Ford Focus ActiveBy 2020, 90 percent of the Ford range will be made up of SUVs and pickups. The company promises to have one of the freshest lineups in the industry at the start of the new decade, including new additions like a Mustang-inspired electric SUV dubbed the Mach 1, a new Bronco, and a smaller off-road SUV, currently dubbed the “Baby Bronco.”

But execs aren’t exactly happy with the negative reactions the move has stirred up. Bill Ford blames the media for all the negativity, saying “I wish the coverage had been a little different… the headlines look like Ford’s retreating. In fact, nothing could be further from the truth.”